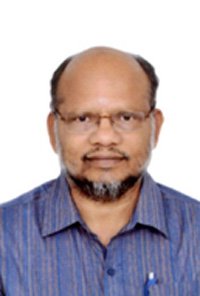 Professor M. Chandrasekaran is a distinguished scientist and a Teacher who has made significant contributions in the field of marine microbiology and biotechnology. Born on April 10th 1956 he had his B.Sc. Degree in Zoology from University of Madras, India, M.Sc. degree in Marine biology from Annamalai University, India and Ph.D. degree in Microbiology from Cochin University of Science and Technology, India. He did his post-doctoral research in genetic engineering of bacteria for waste water treatment in Hiroshima University, Japan. His major areas of research interest are harnessing marine microorganisms for novel enzymes and bioactive molecules.

On the research front, he has made significant contributions to the growth of marine microbiology, through publications in peer reviewed International Journals. He demonstrated for the first time that marine bacteria and fungi could be harnessed efficiently for the production of industrial enzymes such as L-glutaminase, Chitinase, alkaline protease, lipase, beta glucosidase and tannase. He showed that L-glutaminase enzyme from marine bacteria is a good antileukemic agent for the first time in the world. He also made pioneering work in the world in developing fermentation processes for the large-scale production of these enzymes besides characterizing the enzymes, finding industrial applications for them. His studies have significantly advanced the existing knowledge on marine microbial enzymes which were never studied before for their possible application. Further has also significantly contributed to utilization of solid wastes and waste water treatment evidenced by his publications. Other research contributions were in the filed of protease inhibitors, halocin, pigments etc. and have 192 publications in peer reviewed journals, proceedings & in Books; and as presentations in International and national symposia/seminar/ conferences; Edited two books entitled (i)‘Valorization of Food Processing By-Products’ (2012) and (ii) “Enzymes in food and beverage processing” (2015) for CRC press. He has Cumulative Impact factor index of100 from publications in ISI listed journals and “h’ index-‘25’ (Google scholar citation) - as on August 12th, 2018) (https://scholar. google.com/ citations= en&user BBCYKJ8AAAAJ)

He has earned recognition as a career awardee for his contribution in microbiology from University Grants Commission, India. He was recipient of Indian National Science Academy, India Visiting fellowship and Overseas Associateship of Department of Biotechnology, Ministry of Science and technology, Govt of India. He is an elected Fellow of Mycological society of India. He was honored with the Life Time Achievement award 2017 by SCIRE SCIENCE Pvt ltd Cochin and Dr APJ Abdul Kalam Award for Life Time contribution in Science 2017 by MARINA LABS Chennai.

He has completed 4 sponsored research projects funded by UGC, CSIR and DBT.Govt. of India. He has organized 3 national symposia and one popular lecture program in biotechnology. He has 34 years of postgraduate teaching which includes research supervision of dissertation work at B. Tech, M.Sc., M.Tech and PhD Degree levels, and 20 years of Post graduate teaching experience as University Professor.

He has guided 29 PhDs. These candidates are now holding high positions in society. Some are scientists in national laboratories and some are working in Universities as faculty members. Thus, the nominee contributed to the upliftment of students from socially backward communities. Several candidates are in USA serving as scientists.He has made significant and pioneering contribution in the development of curricula for academic degree programs in Microbiology and Biotechnology, at UG and PG level, by serving as subject expert in the board of studies in microbiology and biotechnology of several Universities in India. Also, served as examiner for several universities in the conduct of UG and PG examinations by setting question papers and evaluation of M.Phil. and PhD theses.
As Founder President, he founded the Society for Biotechnologists of India in 1995.
He also founded, as Founder President, the Cochin unit of Association of Microbiologists of India. He is a life member in more than 5 professional societies in India. 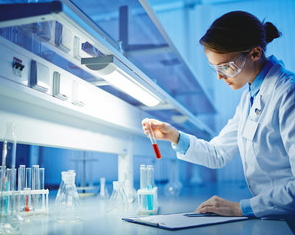 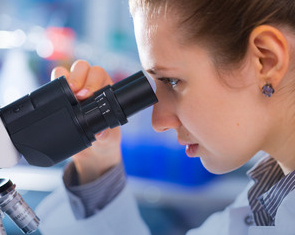